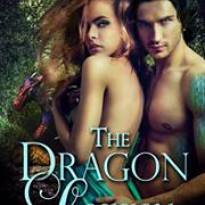 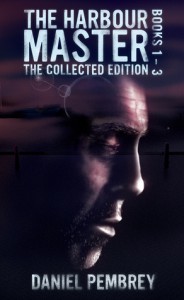 The Harbour Master is a fast paced, suspenseful, political thriller set in Holland.

Henk is an experienced police officer based in the harbour district of Amsterdam. Contemplating retirement, partly due to the new regime at work his plans change when he discovers the body of a young woman floating in the harbour. Henk suspects foul play. Murder, prostitution and trafficking all feature in this story. A series of incidents makes him distrust his colleagues and superiors as vital evidence goes missing. Determined to find out why the girl died he circumvents policy and procedure and finds himself excluded from the case. Henk’s family is in danger as his career nosedives. Will the personal cost be too great?

Henk is a strong but flawed character but subtly so without the obvious peccadilloes commonly associated with cynical older detectives in fiction. The story is atmospheric and leaves the reader with a definite flavour of Holland. The Harbour Master is like the successful Scandinavian thrillers of the same ilk but for me this is superior because it avoids the drawn out nature of this type of thriller with a fast paced, twisty plot.

Henk and his wife a journalist make a formidable team. There is potential for more stories here. The depth of character development is impressive for a novella. The plot is interesting and dark but a page turner which I read in a one go.

I received a copy of this book from the author in return for an honest review.

‘The Maze’ is a succinct description for the second in The Harbour Master series. Henk, the seasoned, world worn detective enjoys a short break with his long suffering wife, interrupted by his only political ally, currently working in Brussels. Again Henk puts work before his personal life and risks compounding the family tension with his daughter.

A series of new and unsolved crimes force Henk to question those in authority and make him wary of his peers. Still in the shadow of an unsolved suspicious death Henk finds himself at the centre of a political scandal that only he wants to expose.

The players in this mysterious thriller are numerous all provide essential clues to the true crime. Relationships both personal and work orientated are explored as they entangle but Henk must visit many expertly constructed dead ends before he finds the truth.

Henk is a clever detective, a maverick, he threatens the establishment but is a true advocate for justice. His wife Pernilla and long time army friend Johann thankfully have his back often at great personal cost.

The dramatic ending provides a satisfying conclusion to ‘The Maze’ but reveals a new crime for Henk to solve. There are also problems closer to home for Henk to explore in the next of his adventures perhaps.

A worthy second chapter of The Harbour Master series, ‘The Maze’ is a mind provoking story; fast paced action interwoven with a vivid, realistic setting and detailed characters and relationships.

I received a copy of this book from the author in return for an honest review.

‘The Harbour Master III: Ransom’ follows on from the cliff-hanger ending of book 2 ‘The Maze’. Henk wants to find out what has happened to Lottman, his only ally in the Dutch establishment. As we have come to expect, there are no easy passages for our off beat detective but he forges on regardless and soon begins to find there are some odd connections and strange alliances, which warrant further investigation.

The suspected kidnapping has uncomfortable parallels with Henk’s first case as a young policeman but are these real or imagined? The enigmatic Henk manages to get more answers than his enemies would like but it seems he is doomed to lose the war with the corrupt bureaucrats. Again the settings are vibrant and integral to the plot and there are many delightful minor characters that enhance this political thriller.

The author teases the reader with snippets of information and possible leads, giving the story its realistic edge. The conclusion ties up the immediate story in a satisfying way but there are still queries that need resolving and I am happy to see our intrepid detective will feature in another story in a different setting.

I received a copy of this story from the author in exchange for an honest review.